Notice: WP_Scripts::localize was called incorrectly. The $l10n parameter must be an array. To pass arbitrary data to scripts, use the wp_add_inline_script() function instead. Please see Debugging in WordPress for more information. (This message was added in version 5.7.0.) in /home/menundermicroscopeco297/public_html/prod/wp-includes/functions.php on line 5313

Notice: WP_Scripts::localize was called incorrectly. The $l10n parameter must be an array. To pass arbitrary data to scripts, use the wp_add_inline_script() function instead. Please see Debugging in WordPress for more information. (This message was added in version 5.7.0.) in /home/menundermicroscopeco297/public_html/prod/wp-includes/functions.php on line 5313 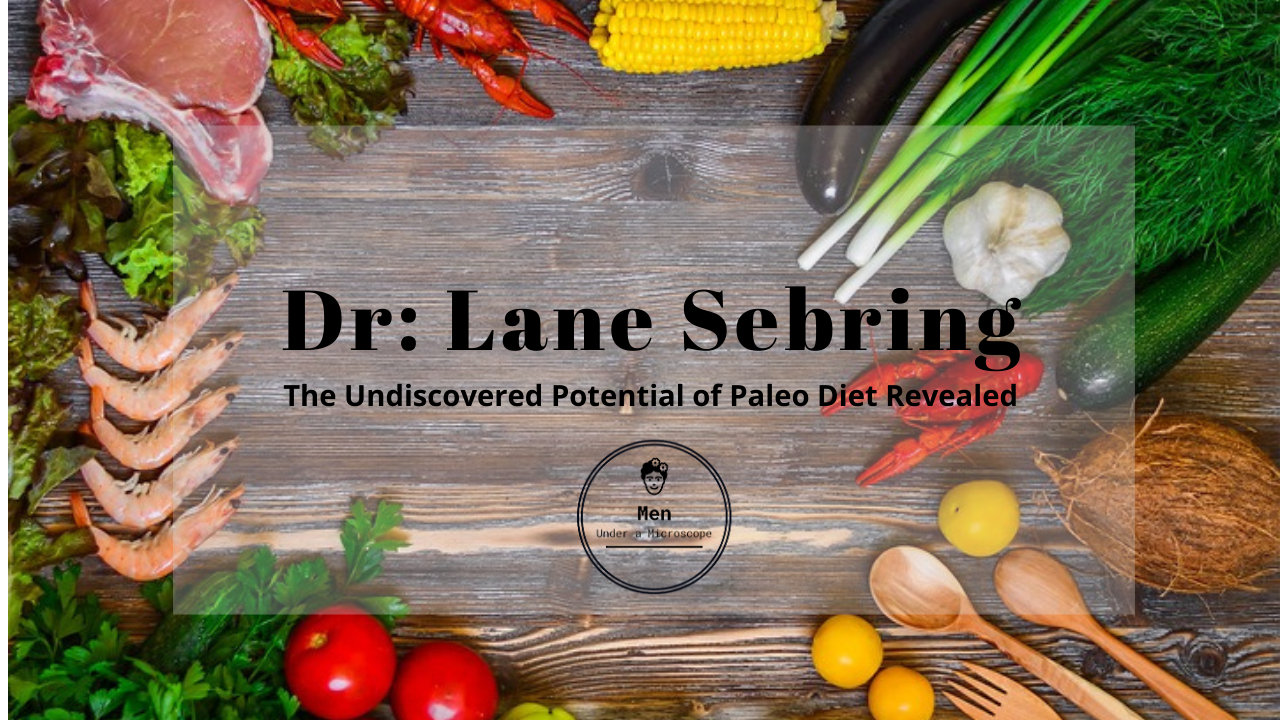 Posted in News By menundermicrosPosted on November 11, 2019
ShareTweet

A lot of men have heard about the Paleo Diet at some point in their life, but they might not know much about it other than the name. Some people are very keen for the diet in general, while others are skeptical.

One of the biggest supporters out there is Dr. Lane Sebring. He firmly believes that there is a lot of potential with the Paleo diet. Why is he so for this way of eating? He recently shared with us a few reasons why he encourages everyone to give the diet a chance.

Too many processed foods

Somewhere along the way, most of the world became extremely reliant on processed foods. For the most part, these are much worse for a person to consume than natural foods. By processing the food, companies can save money and time, so it benefits the bottom line.

The Paleo diet is based entirely on eating whole foods, lean proteins, vegetables, fruits, nuts, and other natural products. This is how people in the past consume food, and it was good enough for them to live healthy lives in a lot of ways.

There is plenty of science that proves the Paleo diet gets this part right. There is no denying that eating carrots and broccoli are better than eating frozen food that is processed quite a bit.

The Paleo Diet is Customizable

As soon as a person hears about a new diet, they start to think about all the ways that they will need to make changes. The Paleo diet is very diverse, allowing people to eat what they like, as long as it fits under the Paleo umbrella.

Chances are, most people are going to like every single vegetable or fruit out there. There’s plenty to choose from, and it allows people to stay on track a little bit better.

Affordable on nearly any budget

There are always going to be people looking to cut down costs when it comes to consuming food daily. Some people feel like they spend way too much money, and a lot of times, it’s on junk food.

The Paleo diet can be expensive, but it can also be very inexpensive. It depends on the quality of food a person wishes to purchase. Eating a lot of locally grown fruits and vegetables that are in season will be the cheapest method, but a person can go organic, exotic and more to raise the prices.

The important thing to always keep in mind is that food will not cost more just because they are Paleo-friendly. There are a lot of other trendy diets out there that feel like they can get away with a higher price just because they made sure the food falls on the accepted list.

A smart fight against chronic diseases

Processed foods have caused a lot of people to struggle with chronic diseases at some point in their life. It becomes essential to think about just how much of an impact a diet can make on the body.

If something is chronically wrong, it needs to be changed. That starts with every single thing put in the mouth to eat.