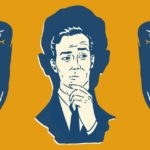 Posted in News By menundermicrosPosted on August 30, 2018
ShareTweet

The role of masculinity in music is a topic that’s inspiring more debate than ever, with increasing controversy surrounding the issue of “toxic” masculinity and the under-representation of women in the music industry. Narratives in musical performance have long been based around a central masculine figure: the rock-star frontman and the super-confident rap artist being prime examples. Although these established roles are still dominant today, there is increasing pushback against such stereotypes as the status quo is challenged. Despite this, masculinity and manliness remain essential to the personas embodied by some of our best-loved musicians and performers. With that in mind, we explore the ever-changing role of masculinity in music today.

The typical image of the “rock-star” frontman, oozing confidence, charisma and masculine energy, has been fixed in public consciousness since artists like Chuck Berry and Elvis Presley first took to the stage in the 50s. It’s a stereotype that’s endured for decades: just take one look at any festival line-up today and you’ll see a host of bands with a swaggeringly confident male lead. The element of machismo is fundamental to the rock star image – the aura of power and status, the arrogant attitude and the unfailing charisma. Though there are plenty of female rock stars and all-female bands, traditional rock ‘n roll has long been viewed as a masculine genre. This has gradually changed over previous decades, with subgenres such as punk rock, emo and indie allowing musicians to explore more feminine aspects of their identity and move away from typically masculine expectations.

Hip-hop is another genre that’s inextricably tied up with notions of manliness and masculinity.  The stereotypical hip-hop artist’s lyrics are invariably full of boasts of sexual prowess and domination: even female rappers tend to skew towards egotistic and self-important rhymes that echo the machismo of their male counterparts. As with rock music, though, recent years have seen conventions thrown out the window. Many rappers today have abandoned the hyper-masculine attitude and disrespectful lyrics that have previously become a trademark of the genre, offering instead positive messages of inclusivity. New-school rappers such as Lil Yachty promote tolerance and positivity, embracing femininity and LGBT culture in a way that’s revolutionary for the genre.

Booking Agency MN2S have a variety of iconic male artists on their roster.