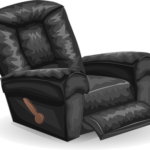 Posted in News, satire By menundermicrosPosted on August 22, 2018September 10, 2018
ShareTweet

The Omaha World Herald ran a disturbing piece last month about updating the man cave. The author’s suggestions were rather harmless and cliched, but certainly not threatening. No, what raised the male hackles about the piece was when a prominent Seattle architect, a male architect, mind you, was quoted as saying that the reason the man cave is still so popular is that women in the home have decided to endorse and embrace it.

Now just a minute. Hold your horses. Put on the brakes. Since when do women have any say-so about any man cave anywhere on the planet? No offense meant to the female of the species, but a man cave neither seeks for nor cares about the endorsement of anybody — male, female, or rutabaga. It is designed, if that’s not too strong a word for the comfortable disarray a man cave possesses, for a man and his companions to inhabit for the sole purpose of wasting time  — dozing over a televised golf tournament; counting bottle capes; microwaving and consuming an unhealthy amount of jalapeno poppers; and using needle nosed pliers to extract extraneous ear wax.

The minute a man cave receives the Good Housekeeping Seal of Approval it ceases to be a man cave and becomes a den or study — a place where anybody can just waltz in whenever they feel like it. A place where a man might feel uncertain about displaying his collection of beaker bongs and dogs playing poker artwork. The man cave, by its very definition, is politically incorrect and disapproved of by every woman in the house. Otherwise, what’s the fun in having one?