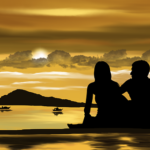 Posted in News, satire By menundermicrosPosted on August 22, 2018September 17, 2018
ShareTweet

If you already think you know what kind of men women want to date, you are probably all wrong. A new psychology study in the British Journal of Psychology says that women are mostly turned off by men who are perceived as too smart or too laid back. Such men find it harder than most to get a date on a regular basis. Just in case you smoke: A lot of women are seriously turned off by smoking. If you cannot quit outright, consider vaping. You can pick a vape that is coffee flavoured or anything else that will make you smell better. A great first stop for this is the website Smoking Things.

The study is based on surveys from 214 Australian college students — 70 percent of them female, and only 30 percent male. The survey asked about personality preferences and physical appearance. But apparently nothing was asked about the use of the word “crikey” when a common death adder is discovered in one’s daks, or why nobody seems disappointed that kangaroo steaks don’t jump around in a comic manner after they’re grilled.

But perhaps the biggest question mark about this whole dating study is why it was even posted under ‘Science’ on several prominent news aggregators. The day the rest of the world starts taking relationship cues from Australian college students is the day we all start guzzling Fosters and wearing bikinis in December. While nobody is saying they’re anything but amiable for the most part, there’s no denying that the unwritten rules of coolness bar any trends being exported from Australia. That’s just the way it is, mate.

The Kind of Men Women Want to Date