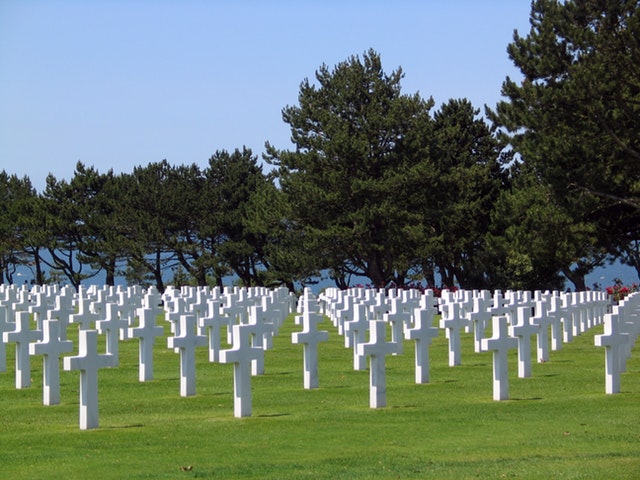 Posted in News By menundermicrosPosted on September 18, 2018November 6, 2019
ShareTweet

A recent photograph of an Armed Forces widow with her soldier husband in an open casket was posted on Twitter with a totally inappropriate and insensitive message criticizing the NFL players who are kneeling during the National Anthem. The same sort of thing has been done hundreds of times now with former National Football League quarterback Pat Tillman, who sacrificed his life as a soldier for Uncle Sam.

There is a disturbing trend among those who call themselves patriotic to intrude on the privacy of veterans and their dependents for social media posts and viral memes — not so much to commemorate their heroic sacrifices on the field of battle, but rather to push some kind of political agenda. Celebrities and so-called influencers are using these unauthorized photos to push their own agendas at the expensive of the privacy and tender feelings of widows and orphans. Even our politicians, who should know better, are not above using the fallen to boost their own campaigns and platforms. Sad to say, the Commander-in-Chief is one of the biggest abusers.

This unwarranted invasion of privacy is creating a groundswell of complaint and protest from military families who feel they have been used as a tool by unfeeling and calculating busybodies. And they are starting to push back. In the Gold Star community many widows and widowers are turning their back on pleas by political groups to use their fallen spouse as a so-called symbol for some trumped up appeal to patriotism or as a stick to beat political opponents with. Widows like Seana Arrechaga have aggressively shied away from allowing anyone or any organization from using the image of her fallen soldier husband, Army Sergeant First Class Ofren Arrechaga, in any public display. She says that the dignity that comes with grief is stripped from those who have to watch as images of their deceased loved ones are juggled on social media like a circus act.

Can America honor its war dead without partisanship and exploitation?

The Defense Department maintains a photographic repository of all those who have fallen in defense of their country. This repository is in the public domain and is accessible to anyone at any time. This is done as a public service to Americans and is often also used by foreign journalists when reporting on American involvement overseas. But these photographs were never intended to become political memes or used to promote fake news and/or the intellectual hobby horses of senators, governors, and other news hogs who use the immediate emotional appeal of the soldier’s grave to tout their own ‘patriotic’ vitriol.

There can be only one response to this dismal abuse, according to Gadsden and Culpeper. Casualty Affairs Officers in all branches of the United States military need to make sure that grieving families know and understand that photographs of their loved ones remain their private, inviolable property even after they give permission for the Defense Department to put such photographs in the public domain. If and when such a photograph is used to push an inappropriate agenda, or used in any commercial manner that would demean the memory of the fallen warrior, the family has the right to issue a cease and desist order, which in most states can be enforced by a court of law. In this way the sacred memory of those who gave up their lives for their country can be kept sacrosanct.

One way we all can honor these fallen heroes, is to volunteer with Purple Heart Houston