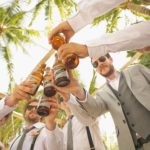 Posted in News, satire By menundermicrosPosted on August 21, 2018
ShareTweet

Men are that way because they want to be.

Also because women don’t want them to be that way.

And finally because nobody in their right mind would really claim to know what ‘that way’ actually means.

Every time there is a new sex scandal in the news, from Washington or from the Catholic Church in Pennsylvania, or from Hollywood, both men and women sadly shake their heads to sadly admit that, sadly, “Men are that way.”

And sadly, we all seem to accept that vague and uninformative phrase as the ultimate, searing truth about men.

But what if there were an alternative universe where men were never ‘that way,’ but instead ‘this way?’ This way being charming, intelligent, considerate, with no facial hair or preoccupation with female anatomy or desire to gather in masses for sports events while their families stay at home neglected and miserable.

Didn’t Einstein posit such a dimension in one of his quirky little equations? In fact, what kind of man was Einstein? Was he ‘that way’ too? Well, since he was a bona fide genius he was neither ‘that way’ or ‘this way’ but just went his own way, and to heck with anybody else.

And that is probably the way men should behave, the Einstein way. He never got into trouble over women or money or power or even a parking ticket. If men had his hair, they, too, could be any way they wanted. As long as they invented the atomic bomb or something else as useful.

Why Men are That Way